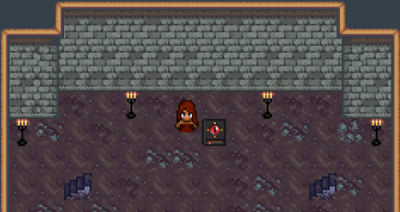 This patch introduces a new ability that can be useful in PvP and PvE, a community moderation system, and a nice reduction to your repairing chores. A lot of time was spent on background code to improve stability, performance, and some database issues. Read on for more details.

New ability: Intimidate – After a short cast time this will silence human targets in a small area around you, preventing them from using abilities for 6 seconds. For non-human targets it will cause them to flee in terror (though bosses are somewhat resistant to this). For all targets it will reduce their dodge by a large amount for the duration of the effect. Tribe members and pets are not affected. This ability has 4 levels which changes the range, cooldown, and myst cost.

New command: /report [name]. If the community agrees that someone needs to take a break from global chat then this will suspend their /b privileges for a time. Using this command will tally votes against a player, counting current reports or ignores. When a certain percentage of the active player population is in agreement then it will take effect (both their name and IP address will be muted). This system only works for unique and active players so votes from your alts wont count. You can only report one player at a time so don’t switch your vote until you are notified that the player has been suspended from global chat. During testing the requirements may be adjusted if needed. Admins have the ability to manually apply, adjust, or remove global mutes.

The decay system still works in a random way like before, but now decay will not hit the same structure twice in an 8 hour period. This will prevent sudden surprises where an unlucky structure suffered several hits overnight. So damage to your bases will be more uniform. It can still rapidly decay unsupported structures like before, so punching holes in abandoned houses will help them to decay quickly. It may be adjusted further but for now your homes could last over twice as long without repairs.

Other changes in this patch or applied recently:

Some other bugs and stability issues were fixed as well. All these updates were important but took longer than expected so the new area we’re working on is delayed. Look forward to that in a future patch, and possibly a new pet 😀 Send us a message if you find a bug that we missed during testing or if you have any suggestions. As always, have fun and thanks for your support!