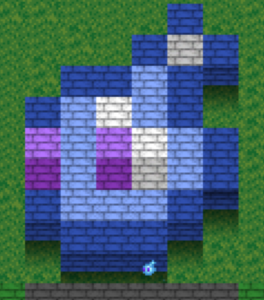 Hope you enjoyed the winter break! There are several things being worked on at once so it’s time to consolidate some of them into an update. Let’s get right into it with four new items. I hope you’ve been stocking up on orc glass..

This rare armor is so light it counts as ‘unarmored’. It’s knitted, and requires some orc glass.

This tool can be crafted with orc glass and when used will show you the HP bars of all the structures around you. It can also show you the amount of arrows left in a tower if you’re allied with it or if you’ve been targeted by the tower. The orb can also alert you to the presence of hidden objects in the vicinity, such as traps. After a few weeks of use it may become unstable and shatter.

Raiding in a hurry? This orc weapon is more destructive than anything, but there is a catch – no one knows how to repair this combination of glass and steel once it’s put together. For this reason it can’t be smithed and its durability is dynamic as well. It lasts longer against older structures with high HP, perfect for those who want to join the orc army.

Walls can now be painted with a variety of fun colors! Though to prevent every town from becoming a huge mess of color, only big supporters can do this – either someone with all costumes unlocked or a large balance of diamonds or gifts. Paintbrushes can’t be crafted and are only obtained from chests for now. You can only paint your own walls, and you can wash them clean with a bucket of water. Dipping the paintbrush in dye buckets will let you mix different colors by painting layers onto your walls.

Other changes in this patch:

As usual, all of these updates are subject to change. Please contact us if you find any issues. The areas east of Galebrook and north of Wellington are coming along nicely, in addition to new enemies and orc behaviors. Also some of you may have noticed a new 5th supporter tier for those wanting to buy large amounts of diamonds in bulk, it’s only available to supporters who have previously purchased the 4th tier. Thanks for your support, see you next patch!

Small changes are being posted in the discord, here are the previous ones in case you missed them: