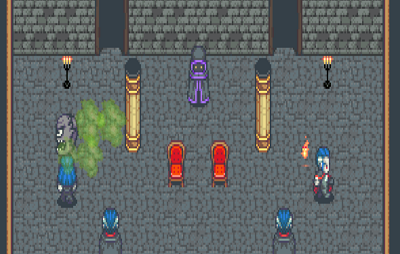 The castle is the largest and most dangerous area we’ve ever released. There is plenty to explore with multiple secret areas and new challenging enemies. Credit goes to Kay for designing this grand location. You can find all the new enemies I created in the underworld as well. Read more about them below:


There have been some other changes and fixes as well:

Keep in mind the castle is a high level area and not a green map, so bring lots of healing and levels. The castle boss is still closed off at the moment, but we didn’t want to delay things any further, so you can look forward to that in a future patch. Some new decoration options for your homes should be coming soon as well, and in between patches I’ll continue working on bug fixes and lag improvements.

Thanks for testing, and if you find any bugs or have balance suggestions let us know through the contact form. Now go have fun exploring and maybe bring a friend, it’s dangerous to go alone! 🙂